Who Is Dave Higgins?

I’ve been interested in current events since at least the mid 1960’s, and in ideas from modern science since the early 1990’s. While I was born in New Jersey, I lived in the Republic of Panama for seven years while growing up. After living for a while in Syracuse, NY, I now live in New York’s Capital District – a part of “Tech Valley.”

In the early 70s I attended Hobart & William Smith Colleges, a small liberal arts school in the Finger Lakes region of New York State. My four years at HWS proved to be catalytic. While I had an interest in current events that had probably been sharpened by my years in Panama and a generational proximity to the Vietnam War, it was at HWS that I began to question what exactly it was I believed life was all about. My ensuing search for the answer to that question has followed many paths, eventually leading to the creation of this blog. But the search itself started for me at HWS.

After graduating from college I spent a year and a half working as a photographer for a chain of photo studios and then spent over 33 years with the State of New York. After a brief stint as an interviewer for the Job Service, I generally worked in analyst positions at the Department of Motor Vehicles and the Department of Environmental Conservation. While at DMV I was the team leader for the Reinventing Traffic Safety Vision Team (among other things); at DEC I coordinated the agency’s internal control and policy programs.

Beyond writing, I’m an avid skier, cyclist, photographer and gardener. 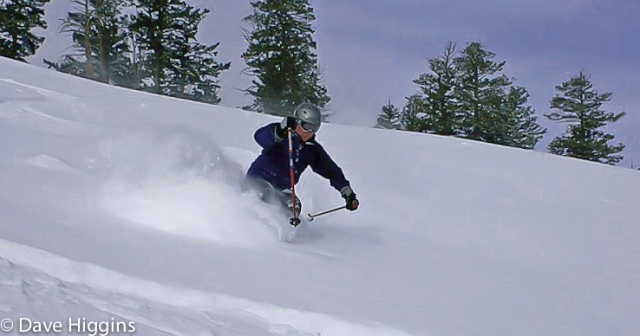 I have served at different times as president of the Photovisions Cooperative gallery, Associated Artists of Central New York. and the Capital District Ski Educational Foundation. I’ve had photography exhibits around the northeast, including New York City. Some of my current photographs can be found on the website Dave Higgins Photography.

I’m also a founding member of the cooperative that owns the Mad River Glen ski area. Since 1995 I’ve bicycled every year in the Pan-Massachusetts Challenge, which raises money for the Dana-Farber Cancer Institute. And since November, 1996, I’ve created and maintained the web site Quantum Age, which provides a framework for the ideas expressed in this blog.